Keith was born on May 4, 1958. He grew up in Kutztown, Pennsylvania, the oldest of four children. He started to draw right away.

“My father made cartoons. Since I was little, I had been doing cartoons, creating characters and stories.”

As Keith grew up, he continued to draw and make art. He saw modern art when he visited museums in Washington, DC.

After high school, he went to art school in Pittsburgh, Pennsylvania, for a year. He started making big drawings, and when he was 19, he he had his first public show.

In 1978, Keith moved to New York City to go to a different art school. He loved being in the big city. There were big museums with all kinds of art. There were many young artists working in his neighborhood. And there was a lot of energy on the street.

In New York he found his style.

“I bought a roll of oak-tag paper and cut it up and put it all over the floor and worked on this whole group of drawings. The first few were abstracts, but then these images started coming. They were humans and animals in different combinations. Then flying saucers were zapping the humans. I remember trying to figure out where this stuff came from, but I have no idea.”

Then Keith started seeing empty black pieces of paper on the subways. He knew that this was the perfect place for him to draw. He started making his subway drawings every day.

“When I drew, I drew in the daytime which meant there were always people watching, from little kids to old ladies to art historians.”

Keith started to become famous. All the people riding the subway saw his work, and it was also on TV and in the newspaper.

Keith also started showing his work in art galleries, where many people started to buy them.

“I wanted to sell my paintings because it would enable me to quit my job, whether as a cook or delivering house plants or whatever else I was doing–and paint full time.”

In his first show in New York, he painted all the walls with his art, and then put up his paintings and his sculptures. Hundreds of people came to the opening party, and it was a big success. 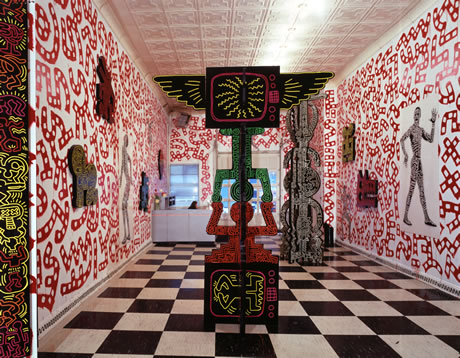 Now Keith worked harder than ever, and he travelled around the world to show his work. He had shows in Europe, Japan, and all across the United States. He even painted the entire side of a church in Italy! 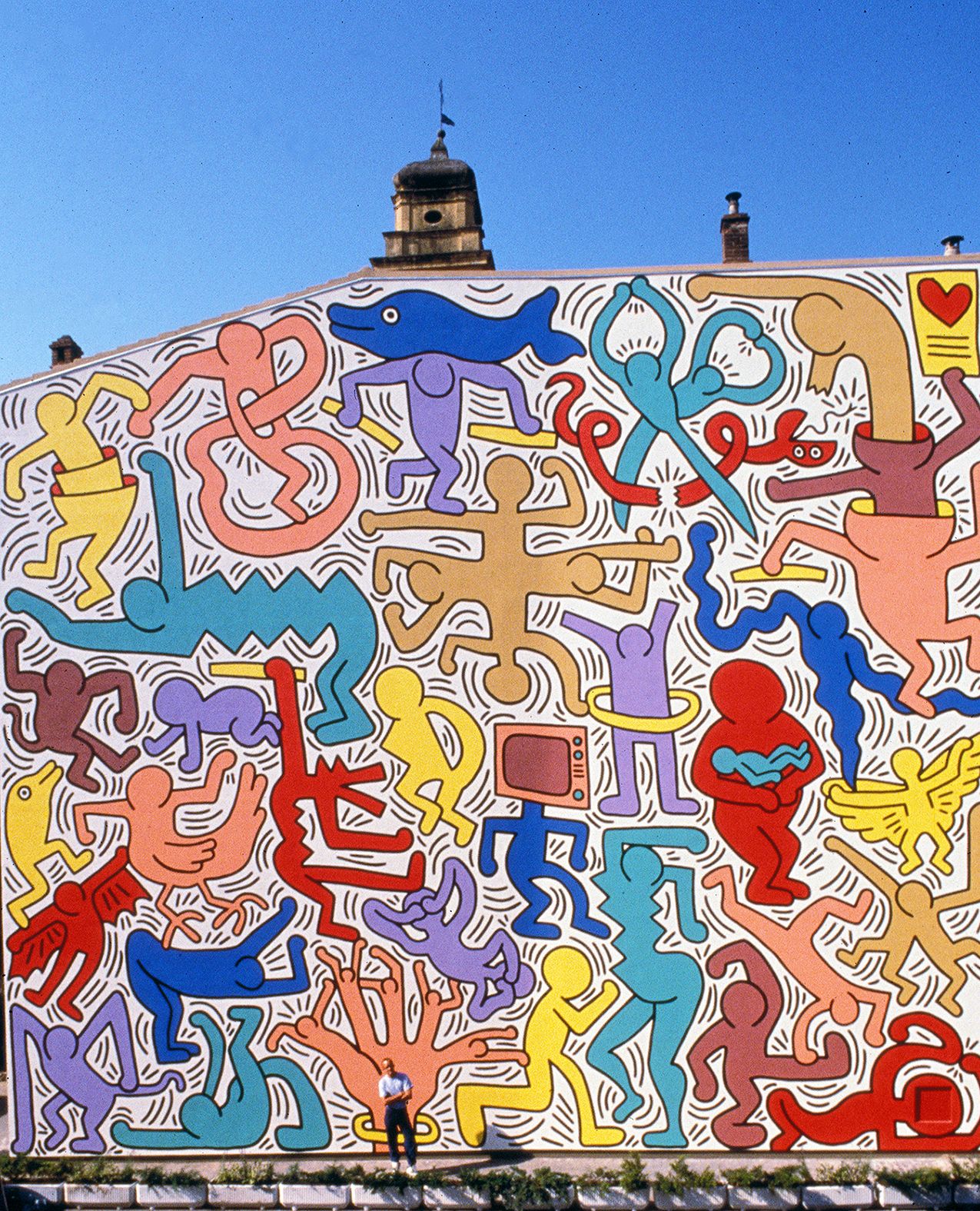 His paintings and sculptures became very expensive. He wanted everyone to be able to buy his work, so he opened a new store called the Pop Shop to sell his art on posters, buttons, T-shirts, and games.

He also worked with children in schools to paint large murals with them, and he made paintings and sculptures for schools and hospitals in many places.

In 1988, Keith got very sick with a disease called AIDS. At that time, doctors could not help people with AIDS. Keith knew he was going to die, but he was very brave and kept working as hard as he could until the end. He also made posters to tell people about the sickness and gave money for doctors to search for a cure.

After Keith died, his work still lived. You can find it in museums, in books, on posters, on TV — and now even here on the World Wide Web.